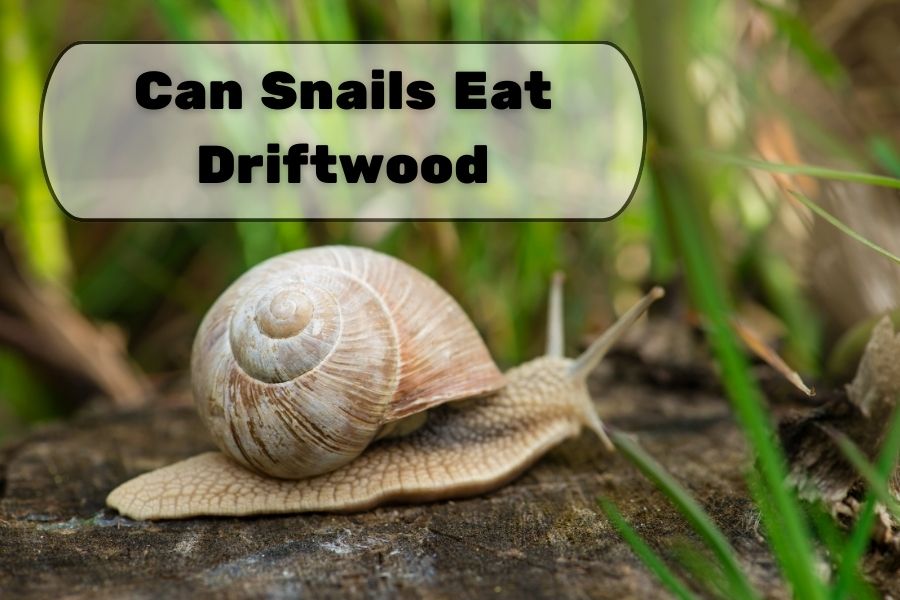 Driftwood is a common thing to put in an aquarium. It supplies nutrients and also looks good. Snails are also a good addition to a fish tank so, in this article, I will explain if snails eat driftwood.

There are many different types of aquatic snails, and some or more commonly kept in an aquarium. Below, I will explain the feeding habits of snails, such as what they eat, and why they won’t eat driftwood.

It’s possible to do some preparation for driftwood so that it doesn’t grow fungus. However, if a piece of driftwood is placed in an aquarium, it will begin to grow fungus. Aquatic/aquarium snails are known to eat fungus but here’s whether snails eat driftwood fungus.

In general, snails eat driftwood fungus. Aquarium snails will typically eat any fungus present in a tank and any leftover fish food. If the driftwood has broken down a lot and is decaying and soft, they will eat it. However, in general, they will eat other food sources first.

So, after aquatic snails have finished eating fungus on a piece of driftwood, there can be small shavings of driftwood on the bottom of the tank. Therefore, they will definitely eat fungus and algae growing on driftwood.

Most common aquatic snails are herbivores – meaning they only eat plants. However, it does depend on the snail species.

Here’s a table that shows the common aquarium snails. And whether they are a herbivore or an omnivore:

Ramshorn snails are common aquarium snails. They have a preference for:

The hard stems of plants, tree branches, and driftwood are not something aquatic snails like to eat. So, if you do see them munching on one of these, they will almost always be grazing on the algae that are growing on the surface.

Snail numbers can get large enough that they will begin to run out of algae. In that case, they can begin eating plants in your aquarium. In a live plant aquarium, this is generally undesirable because they will eat the plants faster than they can grow.

When this happens, it’s a good idea to begin feeding your snails. But, other options are to

Therefore, you should only really add these if you want to eliminate all the snails in a tank. Then afterward, the Assassin snails will need to be removed if you want to introduce new plant-eating snails.

If you want to feed aquatic snails, they will happily eat:

How Often Do Snails Need To Eat

Snails graze on various different foods and move very slowly. Therefore, it’s hard to tell how often they eat. Also, you can’t tell if they are skinny or fat because their body is hidden in their shell, so this is how often snails need to eat.

On average, snails can survive without food for a month. If there is enough natural food in a fish tank, they don’t need to be fed. But, if snail numbers are large, then they will need to be fed vegetables, algae disks, or extra fish food once or twice a day.

Snails will preferentially eat algae, fungus, and leftover fish food. If you have a live plant fish tank, some snails will eat the leaves of the plants. Therefore, it’s important to keep them well fed if you notice they are eating too much of the live plants in your fish tank.

Interestingly, a few common aquatic snails species don’t tend to eat plants in an aquarium as much as other species. These are, Malaysian Trumpet snails and Rabbit snails, to name a few. So, these are a better option if your aquarium has live plants.

Snails move so slowly that it’s hard to observe what they eat. It’s common to find snails resting in many different places, such as on wood and on the underside of rocks. Rotting wood is common in wooded areas and can be found in aquariums, so this is whether snails will eat rotting wood.

In a fish tank, snails are generally happy grazing on algae on fungus that is found all over a fish tank. They will also gobble up any fish food that the fish in your tank don’t eat. Snails prefer soft foods because they are easier for them to eat. But, if rotting wood has decayed enough that it is soft, they will eat it.